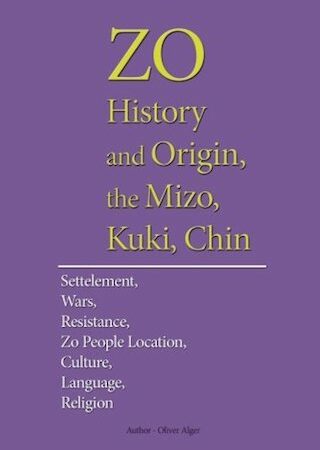 History of ZO. , the Mizo, Kuki, Chin. Do you know ZO people, have you heard of ZO? The world is large, that why history books are made for the information, with no doubt you will get to know all about ZO and learn more from what you might have learned of ZO. Here is short introduction on ZO. The term Zo or Jo was mentioned as the name of a people in a few historical publications of the Indo-Burman peoples. Fanch’o” a diplomat of the Tang dynasty of China, mentioned in 862 A.D. a kingdom in the Chindwin valley, whose princes and chiefs were called “Zo”. In 1783 Father Sangermo’’ mentioned “the petty nation called JO.G. A. Grierson” recorded in 1904 “The name is not used by the tribes themselves, who used titles such as ZO or YO or SHO.” However, because of the Zo people’ frequent contacts with many different people at their borders the available literature is often confused about which people should be designated as ZO or other names. When the British took possession of Bengal and had their contact with Zo people, the Bengalis told them that the Zo were Kuki, a Bengali word which means something like savage or wild hill people. But when the British came in close contact with the Lusei, they realized that they did not call themselves Kuki. Initially the British used the term “Loosye”. However, the British later adopted “LUSHAl” as the official designation for Zo people living in the western part of the Zo country, as the ruling clans of these people were known to them as “Lushai”. Getting to know more and evidently the full history of ZO, is in this book titled “ZO History and Origin, the Mizo, Kuki, Chin”.

Be the first to review “ZO History and Origin, the Mizo, Kuki, Chin” Cancel reply